How to Assess and Quantify Collateral Risk in an Uncertain Economy

The COVID-19 pandemic brought with it the most uncertain credit risk environment we’ve seen in at least a decade. Shuttered economies and historically high unemployment brought concern about borrower ability to repay, and assistance provided by governments and financial institutions clouded long-term solvency even further.

In an uncertain credit environment, adequate collateral is key to mitigating risk.

Home prices and overall collateral values have regained their status as a magic bullet where values ‘only go up.’

According to data presented on 2020 Analytics’ web-portal compiled from the Federal Housing Finance Agency (FHFA), home prices in the Tampa-St. Petersburg-Clearwater, FL MSA have increased almost 6% over the past year and almost 20% over the past five years:

We have entered a time of euphoria for home values, with 66% of consumers confident the home market will remain strong over the next 12 months. 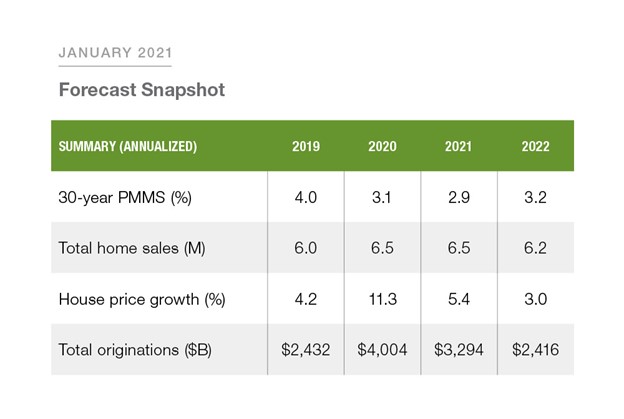 Projections, however, have their limitations. In the accounting world we use a phrase “same as last year” (SALY). It’s easy to use SALY as a basis for projections. It’s easy because many times it works. If you projected SALY, you’d be within 2.5% 19/33 times. On average U.S. Home values have grown 4% since 1987. If you projected 4% home value growth per year every year since 1987, you’d be within 2.5% of actual 15/33 times, slightly worse than SALY.

In the finance world, it’s a behavioral bias called Anchoring and Adjustment, a cognitive heuristic where a person starts off with an initial idea and adjusts their beliefs based on this starting point.

The limitation of SALY is that it fails to capture scenarios where outcomes may deviate significantly from the norm. For example, a SALY approach would have projected 9.8% real estate appreciation for the three years ended December 2008. We actually saw a 15.7% depreciation, missing the mark by over 25%.

I have no problems with SALY. SALY, on its own, however, doesn’t get the job done. As a credit union, with a responsibility to avoid concentrations of risk, you must consider other possible outcomes.

Dinny Lechman, Senior Analyst at 2020 Analytics, recently discussed reasons why the real estate market will continue trending upwards. Prices are driven down by increases in supply or decreases in demand. Factors affecting demand include price, income and changes in taste/fashion. Let’s explore some risks that may push the market downward:

Inflation and Increases in Interest Rates

So why do rates increase? Generally interest rates increase in an effort to combat increased inflation, which we haven’t seen thus far. However, supply shortages ranging from lumber to computer chips paint a picture of increased prices in the not too distant future.

The largest increase in interest rates historically came in the mid 70s, with rate targets increasing from 7% to 11% in a matter of months, and to 13% shortly thereafter. We don’t expect a 5% increase in interest rates will be necessary to slow down the impending increases to inflation, but planning for a 2%-3% increase should extend not only to your Asset Liability Management (ALM) policy, but also to impacts on risk of loss.

Given that our risk is asset value decline, we’re focused on factors that increase supply. According to Phil Price, CFO of Smith & Associates Real Estate, there are a handful of primary factors impacting supply of homes, three of which are:

Foreclosures over the past 12 months have been minimal as a result of moratoriums put in place as a result of the pandemic. While we don’t expect these to increase sharply, there is little place to go but up as these moratoriums are lifted.

As opposed to only considering those moving out of their home, I tend to think of this more as a life-cycle, with multiple pandemic related impacts.

Here’s how I see that impacting the housing life cycle:

Effectively, there is a short term demand excess for homes, particularly homes in suburban areas, which is exacerbated by a supply shortage resulting from individuals waiting to move into group living, all inflating prices.

If these are both short term impacts, then naturally, the long term outcome would include a correction.

Hope for the Best – Prepare for the Worst

Same as last year projections, those utilizing historical averages, or combinations of the two, are generally fine. The problem is they miss the mark when there are significant market impacting events – precisely the time when projections are most important.

Your mission of serving your members cannot be fulfilled without adequate capital and prudent concentration risk management.

At 2020 Analytics we think of the economy as a hurricane… There are many different possible paths the storm can take, and we need to consider the implication each path has on performance.

We consider a number of factors including portfolio composition and geographic region(s) to quantify volatility and determine levels of stress to apply. We apply stressors of various scenarios at the loan level to help you quantify your tolerance to taking strategic risks in order to better serve your members.