The Economic Times, They Are A-Changin’

Recession or not, the times, they are a- changin’… From the COVID-19 pandemic, to Russia-Ukraine turmoil and everything in between it seems as if we are constantly speculating on what will be the catalyst that pushes us into the next recession.

As it stands, many economists think the chances of a recession in the short-term are unlikely. While some speculated that we would see significant impacts to the economy as a direct result of the COVID-19 pandemic, there ultimately was minimal consumer impact, at least on the employment and demand side of our economy.

While many economists see a recession as being unlikely, the threat remains.

I grew up in a small town on the West Coast of Florida. We’ve been frequently impacted by tropical storms and hurricanes, but the most devastating impact to us came from the result of a 1993 “no-name storm” that had no formal designation whatsoever.

A recession is defined as a period of temporary economic decline during which trade and industrial activity are reduced, generally identified by a fall in Gross Domestic Product (GDP) in two successive quarters. Drilling down further, here’s what makes up GDP: 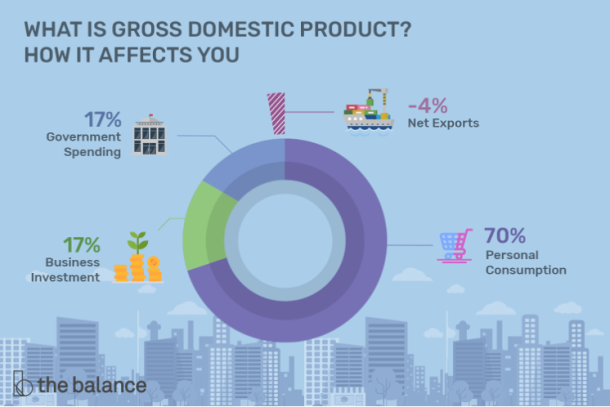 Putting aside any environmental concerns, I would make the case that consumers being able to afford 2,000 gallons of gas would be a better economic outcome than 1,000. To help measure that, economists commonly use a metric, Real GDP, which backs out the price-movements from inflation.

As you can see from the chart below, the Bureau of Labor Statistics saw a decline in Real GDP during Q1 2022. This number consisted of nominal GDP growth of 6.5%, which was more than offset by an 8.0% increase in the GDP price index. 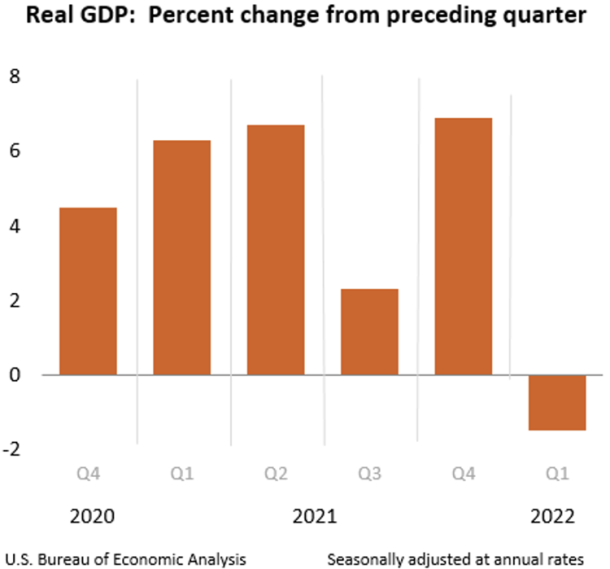 What that means is that the pullback in GDP has been a result of increased prices, not decreased demand. With a strong labor market, the battle against inflation will likely be where the war against a recession is won or lost. Increasing interest rates is generally the first thing The Fed reaches for in its inflation reducing toolkit. Goldman Sachs expects the Federal Reserve to increase rates to between 3%-3.25% by 2023.

Most credit union lenders thrive on predictability and consistency, where the recent economic environment has been anything but. The old adage time in the market is greater than timing the market comes into play here, but considering how you might be able to prepare for and potentially hedge against a wide variety of economic outcomes should start to move to the top of your priority list as you consider your safety and soundness.

How can you do that? Take a step back and consider your enterprise risks with fresh eyes. Specifically, how might your interest rate, liquidity, and credit risks change in an environment like this, including worst-case-scenarios.

When making these considerations, don’t forget that past performance is not necessarily indicative of forward-looking outcomes. For example, with historically low interest rates, refinancing activity was at an all-time high. In an increasing rate environment, refinancing dries up, leaving you with a smaller origination pipeline, but also holding long-term fixed rate products longer than you would have last year.

Consider if there are cost-beneficial ways to mitigate the downside risks of those worst-case scenarios?

There may be opportunities to get ahead of those adverse outcomes. Some examples include:

Recession or not, credit unions have proved to be resilient throughout a broad range of economic environments, in no small part to exercising prudence in preparing for those scenarios. Maintaining a strong risk adjusted capital position leaves you able to help your members when they need it most.